Last month, Thomson Reuters regulatory intelligence experts Stacey English and Susannah Hammond produced a report indicating that Compliance Officers are facing higher levels of regulation paired with stagnant resources. The study shows that skilled compliance individuals are creative by nature, having to do more with less, however this “creativity needs to give way to innovation, if not revolution, in terms of how limited compliance resources are deployed,” (p. 26). The authors also imply that technological innovation in the compliance space has lagged behind due to a lack of funding, which if paired with skilled officers could save firms more in the long term. At Convergence, we’ve seen the risks created by increased regulation and wanted to add our insights into this important topic.

In their “Cost of Compliance” study, English and Hammond reported that “Compliance Officers are clearly still experiencing regulatory fatigue and overload in the face of ever-changing and growing regulations. Consistent with the previous year’s expectations, 69 percent of firms (70 percent in 2015) are expecting regulators to publish even more information in the coming year, with 26 percent expecting significantly more,” (p. 3). Although we cannot quantify fatigue, we can expect that C-Suite individuals that serve as Chief Compliance Officer in addition to another executive role, or “multi-functional executives”, are feeling the heat of increased regulation more so than ever. In Convergence’s database we found that 22% of a total 7106 Managers Groups have one person as both CEO and CCO, giving them less capacity to address compliance and regulatory concerns. Growing Advisors should consider separating the Chief Compliance Officer (“CCO”) role from other C-Suite roles because complexity evolves as the firm grows.  For example, an Advisor with $250 million or more in AUM that will generate $5 million in management fees (assuming a 2% management fee) should be generating sufficient cash flows to separate the CCO role (assuming an all-in compensation package of $250 thousand).

Another finding in the Thomson Reuters report found that “More than a third of firms continue to spend at least a whole day every week tracking and analyzing regulatory change. There has been a gradual decline in firms spending more than 10 hours tracking change every week, whether due to efficiencies or resource constraints. That said, there has been no letup in the volume of regulatory change that firms need to track,” (p. 3). Convergence found that almost 7,000 Private Fund Advisors had collectively filed nearly 10,000 SEC Form ADV’s as of June 20, 2016. Two-thousand, or 29 percent, of these Private Fund Advisors have already filed more than once this year. For all Advisors (including Non-Private Funds), we found an increase of 3,669 Filings in the first half of 2016 compared to the first half of 2015. Our research indicates that higher filing rates are correlated with higher complexity and increased regulatory pressures.

At Convergence, we track daily changes in Regime Disclosures as well as all Regulatory, Civil, and Criminal Violations reported by the SEC. Based off the respondents in the special report, it’s clear the industry is anticipating greater regulatory risk and movement toward a more compliant culture. The report claims “The main reason given for the expected increase is the regulatory focus on conduct risk, which is echoed by the fact that 74 percent of respondents expect more compliance involvement in the implementation of a demonstrably compliant culture and tone from the top in the coming year,” (p. 20). Since each Regulatory Regime has unique characteristics and compliance requirements, we believe disclosing new regimes may increase risk for Advisors. In 2016, the number of regulatory regimes disclosed by Advisors experienced a net increase 350 regimes, indicating expanding compliance complexity. So far this year we’ve seen 39 Regulatory Violations and 4 Civil Violations disclosed by the SEC in Form ADV. In the first half of 2015 we saw 38 Advisors disclose new Violations compared to 37 Advisors this year, so violations have been somewhat static. 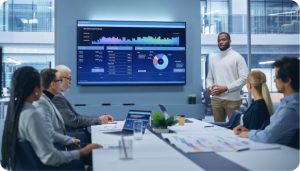